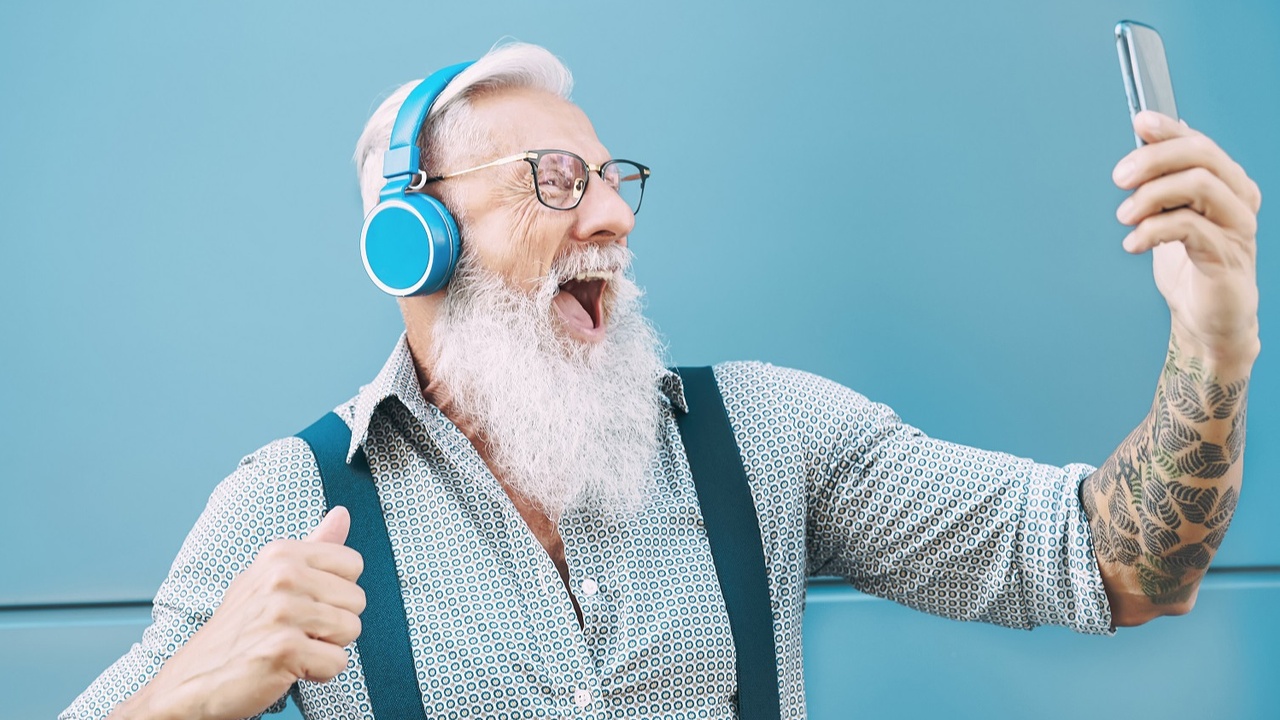 Getting old is a state of mind

Conventional wisdom suggests you're as old as you feel, right?  Now there is medical evidence to back up that idea.

Published by the Journal of the American Medical Association, the study of nearly 14,000 people over the age of 50 found those with the highest satisfaction with aging had a 43% lower risk of dying from any cause during four years of follow-up compared to those with the lowest satisfaction.

Not only are people more positively inclined toward aging better able to maintain cognitive function, they are also able to ward off many major chronic conditions, such as heart disease, stroke, cancer and diabetes.

"People with a more positive attitude about growing old were more likely to engage in frequent physical activity and less likely to have trouble sleeping than their less-satisfied peers. They also were less lonely, less likely to be depressed, more optimistic and had a stronger sense of purpose," wrote Laura Williamson, with American Heart Association News.

The connection between mindset and behavior can't be overlooked.

There are some people who freak out and go into bouts of depression the moment they find a grey hair, the first sign their era of youth is coming to an end. There is an entire industry devoted to helping people prolong the effects of aging, such as hair plugs for men and cosmetic surgery for women.

For example, he said the more satisfied people over 50 are with how they're aging, the more likely they'll have their cholesterol tested or be screened for breast, cervical or prostate cancer. On the other hand, if people believe poor health is inevitable with age, this can be a self-fulfilling prophecy that keeps them from behaviors that will help with aging, he explained.

I personally disagree. In fact, I think just the opposite.

People who are fearful of aging and their mortality are more likely to spend hundreds of thousands of dollars to prolong their lives by even a few years. For people of faith, especially, I don't understand why people who know what awaits them on the other side of their earthly experience, are willing to invest so much money to remain on this side of eternity.

Isn't it the same mindset to want hair plugs to stay young as it is to embark on an expensive regiment of endless medical testing, followed by one medical procedure after another and potentially addictive prescription drug routines just to extend life on earth for another 60 months?

If people of faith know they will live forever in paradise, then why would they want to do everything they can to remain here? But that's a discussion for a different blog.

We know the keys to a long and healthy life are eating the right foods, drinking plenty of water, engaging in regular exercise and getting plenty of sleep. Simply doing that should ensure you remain healthy enough to enjoy an active and productive second half of life.

I know people whose weeks are filled with medical appointments and they can't walk across the room without losing their breath and almost passing out. Yet, the medical establishment keeps them alive simply because it profits handsomely by doing so.

Developing a positive approach to aging

Hannah Giasson, an assistant professor at the Arizona State University Edson College of Nursing and Health Innovation in Phoenix, outlined four things people over 50 can do to develop a more positive approach to aging. They are:

1. Maintain a sense of purpose

At Forward From 50, we say that all the time. All the things you have learned; all the skills you've developed; all the experiences you've had -- both good and bad -- combined with your natural, God-given talent, were done for a reason.

When you discover that reason, then you're life changes. You become excited for another day, and that provides far more energy and enthusiasm for life.

This is the mindset of my uncle, who, at age 71, refuses to "let the old man in." He is more physically active today than most 30-year-olds.

Hannah said negative stereotypes about aging are internalized over a person's life span and can harm physical and cognitive health as a person grows older.

Yes, we slow down when we age, but it doesn't mean we have to stop. Our minds may not be as quick to retrieve information, but there is a heck of a lot more information for our internal librarian to find and retrieve.

Al Hesselbart described this in a recent Forward From 50 interview which you can read in this feature story or listen to in this podcast episode.

In both, he describes being 70 years old and living in a Florida RV park for older adults where he has lots of opportunity to meet people, attend events and remain active. He is astonished by older people who live like hermits.

"They pull in here with their RV, back it into the site, plug it into power and water, but never come outside," Al explained. "It's sad to watch. They are people from all walks of life who live like hermits just waiting to die."

The cure to both social isolation and loneliness is simply taking that first step toward greeting someone else and engaging him or her in conversation.

After retiring, Al Hesselbart learned to become a country performer. Eric Pearson serves as a substitute teacher in his 70s. Betty Mills, who is also in her 70s, mentors young people while assembling puzzles. John and Kathy Huggins were close to 60 when they first started RVing. Mary Jane Williams started flipping homes in her 50s.

"Don't fall into the mindset that it's too late to try something new. It's never too late, and you're never too old to explore new interests," said Hannah.

Eric Kim suggested redeploying mental energy in a new way, such as teaching a skill or activity instead of practicing it when people are no longer physically able to engage in it themselves.

Aging is inevitable, but getting old is optional.

The American Heart Association's story is available at www.heart.org.