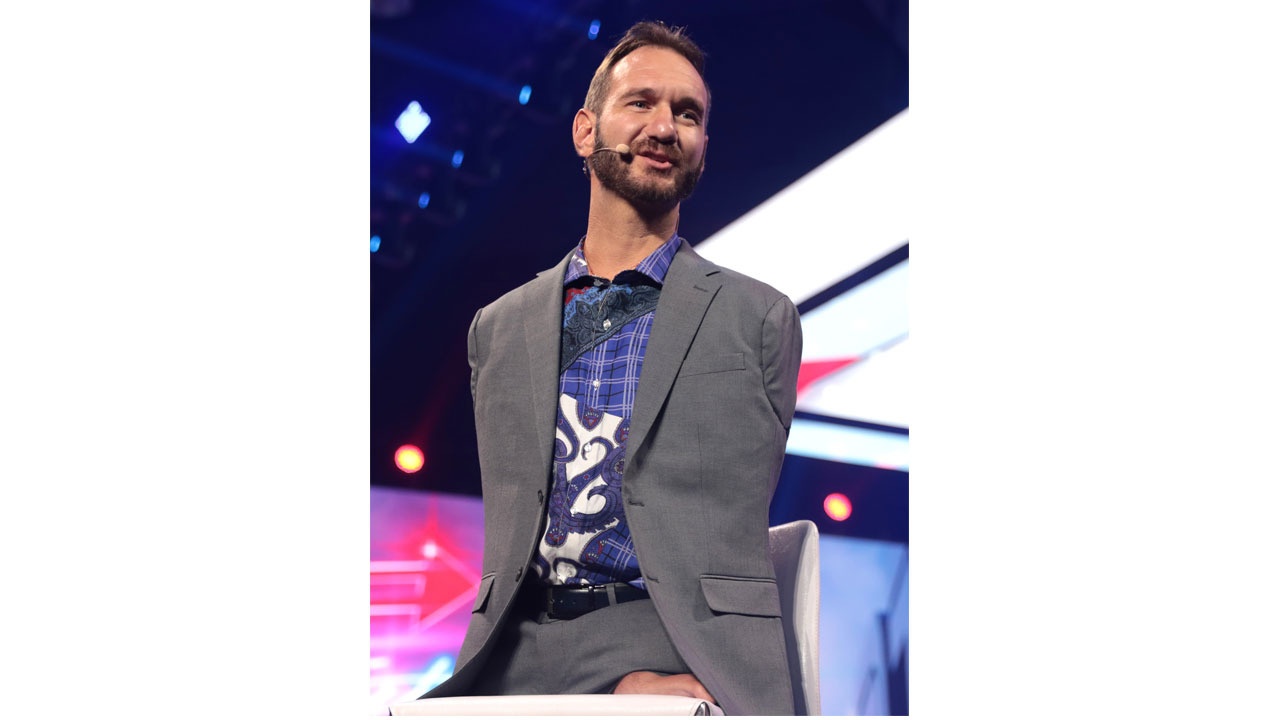 He's only 39, but just one look at Nick Vujicic will obliterate any excuses you have about not passionately pursuing purpose for your life.

Nick was born in Australia with tetra-amelia syndrome, a rare disorder characterized by the absence of arms and legs. By using a few toes on one foot, which he calls his "flipper," Nick can type 43 words per minute on a computer.

Before turning 21, he also attained a bachelors degree in commerce, with a double major in accounting and financial planning. In 2005, he founded Life Without Limbs, an international non-profit organization and ministry.Two years later, Nick founded Attitude is Altitude, a motivational speaking company, according to Wikipedia.

Today, he is married with four children and travels the world encouraging people to find and pursue their God-given purpose. A 43-minute presentation he made at Saddleback Church in 2014 is available on YouTube where he inspired people to learn to live the life God called them to live.

Nick exudes faith, hope and a zest for life. He speaks with an infectious passion to encourage people to believe and trust in God, Evangelical Focus reported.

"I discovered my greatest disability is my unbelief," he told the audience at a recent Living Without Limits conference in Europe. “Many people suffer from depression because they don’t know the purpose of their lives. But, God loves you as you are and he has a purpose for your life.”

The full article can be found at www.evangelicalfocus.com

Photo by Gage Skidmore on Wikipedia